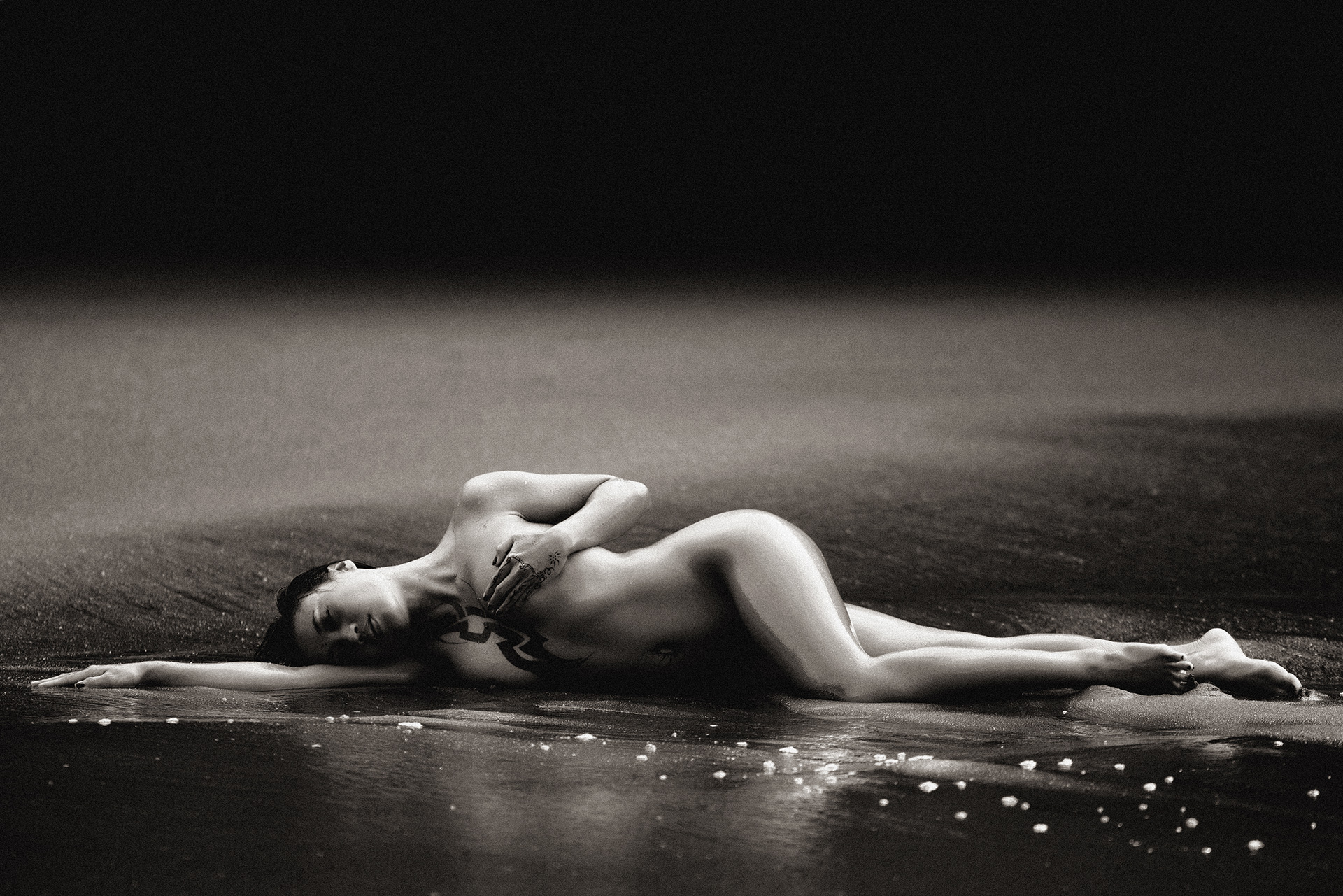 The Beginnings of a Passion

The Beginnings of a Passion

I have very little memory of my beginnings in photography. However, this passion was probably passed down by my paternal grandfather, who was an amateur photographer himself. My father even told me that “Papy Louis” did some resistance during World War II by setting a secret photo laboratory in the back of his tailor shop to make identity photos for false passports.

It all truly began when my parents offered me a small Instamatic Kodak for my First Communion, so small that it could fit inside a pocket. I must have been 12 years old at that time and I got into making photos of family life. But my passion bloomed only a bit later, around the age of 16-17 after my father gave me a reflex camera. In fact, I remember pinching my dad’s Canon AV-1 as often as I could to study every detail of how it was working.

As a teenager, I was way too shy to photograph women although my very first models were my two little sisters. But at the ‘lycée’, I was known as the class’ best photographer to such an extent that the ‘Institut Libre de Marcq-en-Baroeul’, where I did my bachelor in science, trusted me to make its official photo for promotion in 1986.

Well, I suppose that my passion for the 8th art was giving me a reputation since almost all my classmates already knew that I wouldn’t become a doctor, an engineer or a lawyer like them. I was perceived as the artist of the group (I also had a passion for music) and during the competitive exams for higher schools, my focus was ‘l’Ecole Nationale d’Arles ou Louis-Lumière.

I remember trying those exams two years in a row but once I had my bachelor, I wasn’t convinced (or motivated?) that a photography diploma was a door-opener to bring out my talent. Failing the exam, I decided not to waste time and accepted a job as a trainee in an advertising photography studio, conveniently located just a 10-minute walk from my parent’s house.

But stepping into the reality of the professional world was a shock. After obtaining an education in one of the quote “best” institutions of Lille area, I suddenly found myself wearing overalls and cleaning lighting cables for a studio. As a start in the world of professional photography, you must admit that it’s about the lowest level one can get, isn’t it? On top of that, my boss regularly took advantage of the fact that I lived close and made me get up early to repaint the cyclos (curved panels used as backdrop) before the opening of the studio at 8am.

As a “good Christian”, I never complained but I was becoming more and more frustrated. Will my passion for photography lead me to clean cables and repaint walls all my life?

My dreams were taking me elsewhere, but where?

In the long run, I didn’t keep bad thoughts about those six months as a trainee at Studios Courcoux. I learned the lighting techniques of photography and acquired the sense of precision necessary for this work, because, whether it is for technical or artistic purposes, photography requires a certain level of perfectionism.

I even have a few amusing memories of those days, especially when we had to photograph a showerhead in action. The boss, a bit naughty, hired a female model as a living backdrop. We had joined a long hose to the showerhead and recreated a bathroom setting. Of course, the scenario required that the model be naked but unfortunately being the third assistant, I was only in charge of the water tap about 10 meters away from the “hot” scene. And my boss, being a bit “sadistic”, managed to hide the scene with reflectors that, obviously, were not see-through at all. Frustrated again, I had to participate from far away in that nude photo shoot.

No need to say that I refused straightaway when offered a work extension by my boss whom, nevertheless, seemed satisfied with me. No, I was looking for a photographic situation where I could work in open-air, not in a studio. Without realizing it, little by little my future orientation was taking shape but I only became fully aware of it much later. For the time being, I had to think of a short-term plan. Then I remembered that one of the first assistants had told me about a highly recommended photography school in Brussels where I could perfect my technical knowledge. It was too late to enroll for that year so I decided to fulfill my military duty before being called up (In France, the military service was compulsory for every male citizen until it was ended by Jacques Chirac in 1995).

My choice went to the air forces in Toulouse, south-west of France but I will not expand about that matter as it is not one of the best periods of my youth.

Quick jump now to August 1989: I felt relieved that the army was over with and promptly used this new freedom to prepare my application for that famous Brussels’ school that I had heard of. After a number of return trips to Belgium, I was registered in the francophone section of l’Ecole Nationale de Radio & Cinema, known as In.Ra.Ci. In September of the same year, I found myself back to school life after a brief interlude in “real life”. It was a surprise to see the number of students enlisted, like me, in first year of “Graduat” in photography technique: 45! They were all Belgian except me…the little French recognizable of course by my accent, although not from Marseille!

Next, I realised that a large number of my colleagues had never used a camera. Moreover, I had the feeling that only a minority had a real passion for this art invented by Nicephore Niepce. Frustration accompanied by the feeling of being on another planet finally boosted my desire to show the others what I could do with a camera.

Although the technical classes were tiresome, I truly enjoyed the practical classes like the studio sessions or making slide shows (digital photo didn’t exist yet at the beginning of the 90’s). However, I wasn’t too fond of the dark room sessions and I absolutely hated the corrections (with a paintbrush) taught by our only female teacher, Mrs Hembise!

Nevertheless, I retain many happy memories of those school years: the beginning of great friendships, especially with Denis (as to this day); real fun moments as Belgians are good at partying; my very first nude shoot (a student with the soft name of Sophie); a visit to Photokina de Francfort ( the photographers ‘Mecca’ !); getting the 2nd prize in an internal contest and the ‘Graduat’ (the equivalent of BTS in France / Bachelor Degree in Anglo-Saxon countries) after two years of hard work.

Diploma in hand, I was now a photographer and dreamed of moving to Paris. We were in June 1991 and the first gulf war had just ended. I didn’t realize how bad the effects would be on western economies for the following years. Furthermore, digital photography was in its infancy and I could not imagine that it would surpass silver photography a decade later.

Back to my parent’s at Lille, I was offered a position as ‘Ekta’ (slides) machine operator in a professional photography laboratory. I had to take the job to start reimbursing my student loan and purchase new photographic equipment, since mine had been stolen two months before I finished my studies. After six months of trial, my boss offered me a permanent position with a salary increase but inside myself I knew that I wasn’t made for routine or extremely technical work.

I wanted to discover the world, to become a great reporter, a kind of Tintin!

I turned down the offer and found myself totally free, or not quite since I still didn’t have proper photographic equipment.